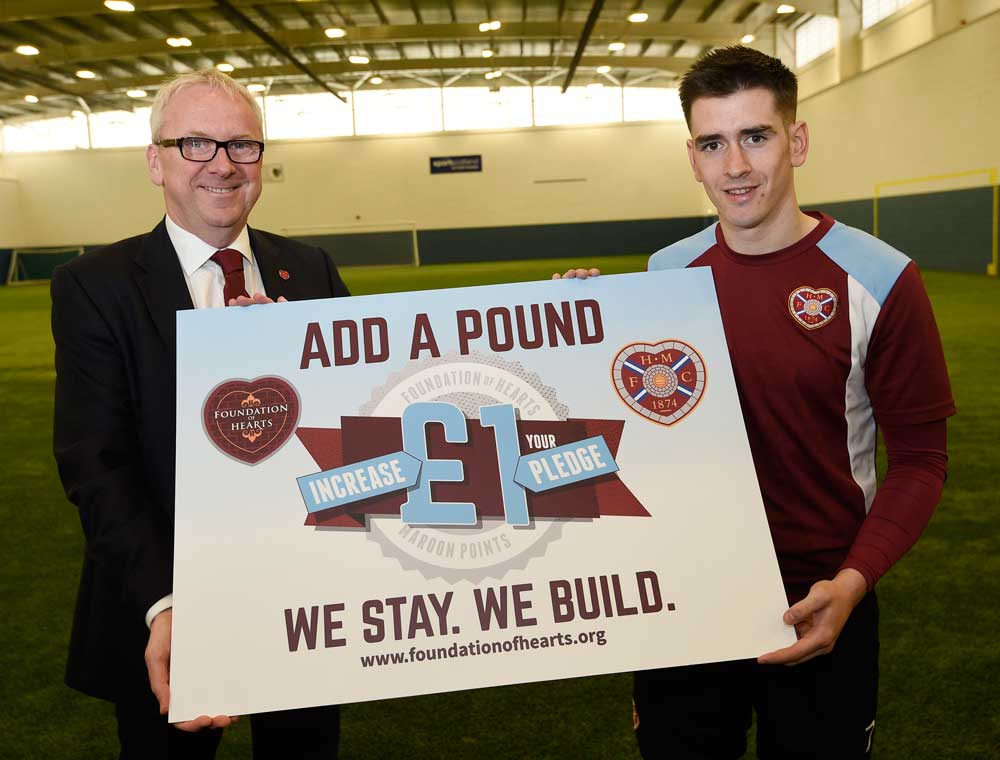 The Foundation of Hearts today launched a new ‘Add a Pound’ option for the 8000 supporters who back the club through their monthly pledges to the Foundation.

“The initiative is very straightforward,” said Foundation chair Stuart Wallace, “and allows supporters to increase their pledge by £1 with the click of a button on the Foundation website. It’s obviously not a lot of money but it all adds up and the potential for the scheme is that almost £100,000 could be added to the yearly income to the club from the Foundation.

“That’s a significant total and will further help the club in its work. There are so many great initiatives going on at Tynecastle just now – most recently, of course, with the new stand development – and the contributions of all supporters has been immense.

“As ever, we are only asking fans to up their pledge if they can afford it. We’re also hoping that this initiative will spark interest among other supporters who haven’t signed up to the Foundation yet. Every pledge counts and every additional pound counts as we all work together to support Heart of Midlothian.”

Further initiatives are expected from the Foundation in coming weeks to keep the momentum going for a movement which has already delivered more than £5 million to the club.

Above: Jamie Walker helps Foundation chair Stuart Wallace to get the scheme up and running. (Photo: Edinburgh Evening News)