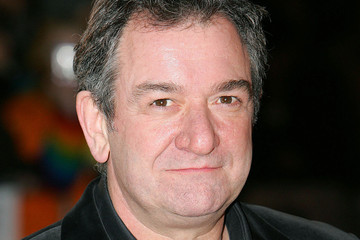 Even with his vast experience in front of the camera, actor and Hearts supporter Ken Stott could not have scripted a more remarkable transformation at Tynecastle.

From being gripped by fear over the genuine prospect of liquidation, to the euphoria of clinching the Championship title and being on the verge of a return to the European stage, Ken – like his Hearts peers – has experienced the roller coaster of emotions.

When the curtain came down on the previous regime, the 61-year-old Rebus actor was only to happy to help play his part in creating a new narrative. Stott was one of the thousands of fans that signed up to the Foundation of Hearts as the supporters’ group plotted a bright new era alongside main protagonist Ann Budge.

“I’m so proud of the Foundation and proud of Ann, Craig (Levein) and Robbie (Neilson) – what a fantastic situation we now find ourselves in,” said Stott.

“To see Heart of Midlothian transformed into something we always wanted it to be, a family club, a club that has warmth.

“We knew that something had to happen and we knew there were enough people that loved the club. It was getting to be pretty hairy at one point but all of a sudden we’ve moved on, and we really are the pride of Scottish football. It’s something we can all be proud of and I’m delighted to have my name on the tribute kit.”

Recalling how he fell in love with Hearts, Stott, who tries to get to games when his busy schedule allows, said: “For me, I was five years old; we were a Hearts supporting family.

“My father, David, was a Hearts supporter. He was brought up in Tollcross, in Lady Lawson street. He said to me one day, ‘would you like to come to Tynecastle?’ I hadn’t a clue what he was talking about, I thought he was talking about going to see a castle. I thought, ‘well that’s nice, I like castles’.

Stott was thrilled to be in the company of Hearts majority shareholder Budge at the tail end of last season for the Championship title party last March.

He added: “I was very proud to be able to sit beside Ann. It was the first game after Hearts had won the league and we were playing Queen of the South at Tynecastle. That was a tremendous day, I sat next to her in the directors’ box and it was a very proud moment.

“I had a wee tear thinking of my father. He loved Hearts, we stood on the terracing together on many an occasion and there I was in the directors box sitting next to Ann Budge – what a lovely feeling that was.”